Welcome to my first ever Blog. As a full time coach, I’ll be offering my take on a wide range of sporting topics so keep checking the site!

I refereed a junior tennis tournament yesterday & I’m pleased to report that there were no dramas either on or off court. The nine year olds played some highly competitive matches with great spirit & good grace. Well done! A special mention also to the parents who supported their children without impacting on any of the matches.

I wish this was a common occurrence in children’s sport but it is unfortunately the exception.  Junior tennis does suffer from bad behaviour from players & parents but not on the same scale as some other sports, notably football.

The problem with football is that at pro level, anything goes in terms of the behaviour of spectators & players. Verbal abuse is part of the pro game both on the pitch & amongst the crowd so it’s little wonder that this culture seeps down into the junior game.

I’m not suggesting that pro football should be sanitised. Part of the attraction is the partisan nature of the crowds. The fans’ singing & shouting is what gives football its unique atmosphere but it’s surely not appropriate at junior level.

Yelling from the touchline or courtside might make you feel better but it doesn’t help the child. For a start they can’t hear you as they’re usually too embroiled in the match & secondly if the child does hear, instructions or exhortations to “shoot” often confuse. Leave the coaching to the coaches who, if conversant with modern practice, will leave the kids to make their own decisions, good & bad.

Polite applause hasn’t reached the pro football game yet but my son played in an U10 game a couple of weeks ago during Lancashire FA’s ‘Silent Weekend’ initiative & what a difference it made.

The previous match between the same teams had been marred by appalling behaviour by one of the opposing parents but this match was serene in comparison. You could actually hear the captains marshalling their teams as nobody else was allowed to do so!

I think that every junior sporting match should adhere to the principles of the ‘Silent Weekend’. What do you think? 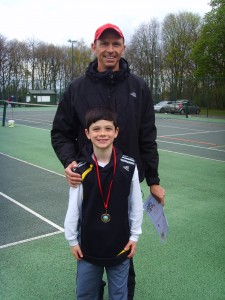 One thought on “Silent Weekend”